Kevin Mammino is a Health Science Specialist and Manager for the Physical Exercise Core Lab at the Atlanta VA’s CVNR. He obtained a B.S. in Exercise Physiology from the University of Florida. After graduation, Kevin worked at a pediatric rehabilitation facility for five years. In 2011, he began work for the VA’s Center of Excellence Brain Rehabilitation Research Center (BRRC) in Gainesville, Florida. During his tenure, Kevin worked for two different labs, the first for spinal cord injury, and the second for stroke-induced aphasia. The work in the aphasia lab led to a publication in the American Journal of Speech and Language Pathology.

In 2013, he transferred to the Atlanta VA working on several projects for the neuroimaging core. Under the direction of Drs. Joe Nocera, and Keith McGregor, Kevin develops and administers the exercise programs for the research participants, as well as assists with data collection and management, cognitive and physical function testing, and fMRI and TMS sessions. He has also earned certifications for Personal Training and Clinical Research Coordinator. In 2018, the CVNR added the Physical Exercise Core, and Kevin has taken on the role of Core manager.

Mr. Mammino is currently working on several projects in the CVNR. 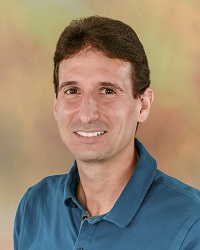